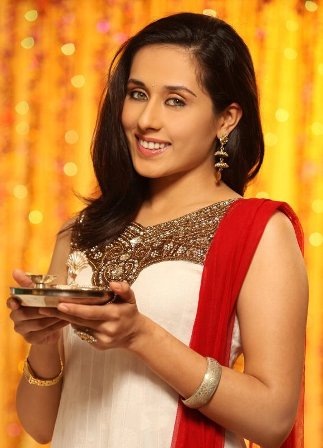 Born : 16 September
Birthplace : Mumbai (current city), Pune ,Nashik(home-town)
Education : Pursuing Post Graduation in “Business of Film Making and Television” along with a “Masters in Arts” from the University of Pune.
Eye Color : Brown

Tejaswini Lonari is a rare combination of beauty and intelligence. She is the face that brought to life the character of Rani Padmini in the serial Chittod Ki Rani Padmini Ka Johur.

She infused so much life and vibrancy into the character that she was noticed by one and all for her talent. Tejaswini is no girl next door whom one can easily overlook. Her looks are unconventional. Her highly expressive face make her performances impactful. After the charcter of Rani Padmini brought her fame, her acting aceer got a push and she acted in the film Chinu , in which she played the title role. The film was directed by her mother and was a rural drama.

With Chinu , the actress made a mark though the film received mix reviews from the audiences. But without doubt, the actress portrayed the intricacies of a village girl in a very convincing manner. In  a role that offered her much potential to prove her acting skills , she impressed the audience though the film turned out to be a disappointment. Though her appearance is more suitable for serious and sensuous roles, the actress tried her hand at various roles including comedy. The film Guldasta gave her an opportunity to share screen with accomplished comedian Makrand Anaspure . The actress was more than a side actress in the story and she made the best of the opportunity by giving an impressive performance. What followed was another comedy flick with Makrand and Sidharth Jadav named Bapre Baap, Dokyala Tap. The actress once again garnered praise. The actress later stated that the comedies were like the variety on the platter for her alongside the serious character of Rani Padmini she portrayed on Sony Television.

No Problem and Doght Tisra Ani Sagla Visra established her as a capable actor in comedy.

The actress describes herself as a fn loving person. She likes to take time out from her work for her art. She pursues a course in film making in Pune along with a masters in arts.