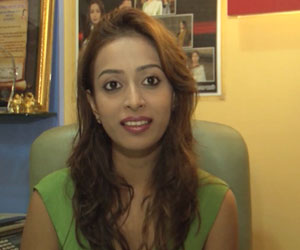 Biopics have never failed to make news. Here is one on late Jiah Khan , the Bollywood actress who committed suicide last year.  Last year, the film Nati was announced few weeks after the sensational incident.  The filmmakers had themselves publicized it as being inspired by the Jiah Khan incident which entailed curious arresting of Suraj Pancholi, her then boy friend.  We learn that the film is now ready to hit the theatres in the second week of September. Guess what is latest about the film? The filmmakers now claim that the film is barely a biopic of the actress although it has resemblances with the incident.

Lately we heard that the actress who plays the lead role namely Teja Deokar says that the film was planned before Jiah Khan’s death took place and its is mere co-incidence that there are striking similarities between the real and reel story. In both the cases the actress commits suicide after suffering hardships in both professional and personal life.

With such switching of information about the source of the story of the film, it seems that the filmmakers are only putting up teasers for the audience. As far as the real story is concerned, it will be known only inside the theatre.