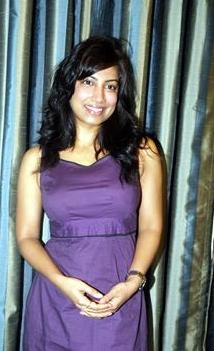 As a child Kranti Redkar was hardly fascinated by films. But ,as soon  as she finished college ,as luck would have it she entered hard core theater acting in her mother tongue Marathi. After being association with theater, she acted in Hindi and Marathi soaps before foraying into Marathi films.

Though she accomplished herself as an actor quite early in her career, it was the song Kombadi Padali in the film Jatra (2006) that brought her huge fame. The song was a superhit and was on every Marathi speaker’s lips in those days. Kranti gave a brilliant dance performance alongwith Bharath Jadav in the song.In no time she came to be known as the Kombadi Padali girl. The song was later adapted in the Karan Johar ‘s Agnipath as “Chikni Chameli “ and was picturesized on Katrina Kaif. There were comparisons and if not anything it once again brought publicity to Kranti who was the original face of the song.

Having acted in serials like Chittod Ki Rani Padmini Ka Johur and Simply Sapne, Kranti was noticed for her spontaneous and impactful acting. Her highly expressive face is a great asset to her both as an actor as well as a dancer. She started her Marathi film career from the film Soon Asavi Ashi in the year 2000. She has played characters which are varied and distinct. Ranging from comic roles to family dramas, Kranti has been a part of few good Marathi films in the recent times.

In the multi starrer comedy No Entry: Pudhe Dhoka Aahey, she played a highly suspicious wife. In Full 3 Dhamaal, she played one of the three friends who try to get their “happening” life back after getting married. In the Prakash Jha directed , Ajay Devagn starrer film Gangajal, Kranti played a small role of the girl named Apoorva . Apart from these ,she also got an opportunity to work William Reied directed film The Letters which is set to release in September 2104.

Ask Kranti whether she enjoys films or theater more, she is quick to respond that it is theater that gave her a fresh lease of life and the freedom to express herself as an actress and so theatre has a special place in her life.

Previous Tejaswini Lonari
Next Movie Review : Astu is The Search For The Intangible