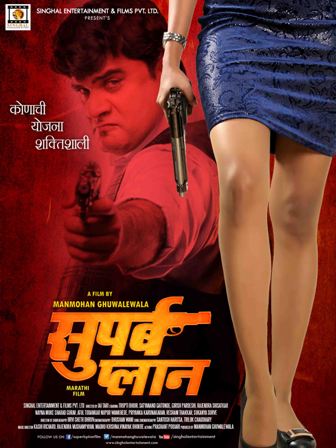 Jai Tari presents the movie Superb Plan, to break the monotony of Marathi movies. The movie is produced by Manmohan Ghuwalewala and Singhal Entertainment & Films, a production house based in Mumbai. The movie stars actors like Satyanand Gaitonde, Trupti Bhoir, Girish Pardesi and RajandraShisat in lead roles along with other actors like Vidya Sawale,Nayna Muke, SharadGurav, Anil Dongre, Raju More, AtulTodankar, Priyanka Karunakaran, NupurWankhede,  and Reshma Thakkar amongst others.

Superb Plan deals with a contemporary topic. It highlights the corruption that exists in the high profile zone of the corporate world. And also the duality that exists amongst the corporate people who play dirty politics. The movie has quite many thrilling sequences along with a lot of action and a climax that substantiates the title of the movie, “Superb Plan.” This Marathi movie will take Marathi movie lovers by great surprise since it has all the elements of thrill, drama, suspense and action in one plot, which is hardly seen in any movie.

Superb Plan has Kashi Richard, Madhu Krishna, Rajendra Vaishampayan, and Vinayak Bhokre as the music directors and Prashant Poojari as the action director. This is also the first Marathi movie that has been shot abroad in Canada along with Mumbai and different places all over in India. Producer Manmohan Ghuwalewala says that with this movie, the good old days of the Marathi film industry would be back that audiences will cherish once again.

Set to be released soon, be sure to catch up this movie with your family in a theatre nearby. The amazing plot and the trend changing ingredients surely makes Supeb Plan a must watch Marathi movie.

Sandook Marathi Movie Review : Half full or half empty?