Sandook Marathi Movie Review : Half full or half empty? 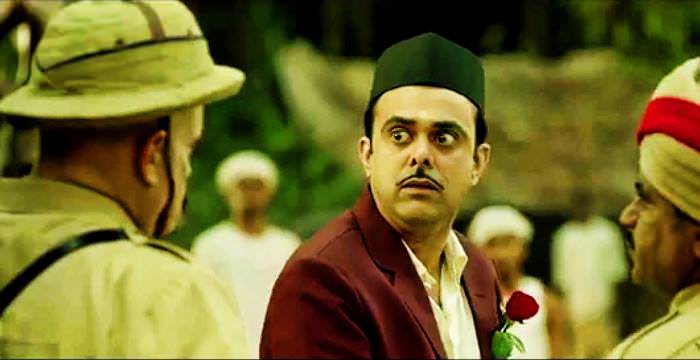 A movie that gives a flash back of India’s toughest time struggling with the British rule that grabbed almost many cities like Calcutta, Delhi, Bombay, Lahore etc., In addition to this there are not only the cities which were struggling with toughest times but also there were many tiny villages that contributed towards revolution. So, here the director has given the fragrance of those days which are actually unique in its own way.

If you’ll thinking that the movie will be only compressing of freedom fighting then hold on guys as here the movie not only explores the fragrance of freedom but also a dual execution of humour and seriousness. However, it’s actually not that impressive as far as screenplay is concern but may be called as an average movie that we can watch.

Getting deeper into the story and casting part, the movie revolves around the pre-independence era of Sambhalgad which is located in Maharashtra. However, if we talk about the casting roles then here a leading actor ‘Sumeet Raghavan’ as ‘Wamanrao’ works in post office along with his wife Bhargavi Chirmule and son. Though he’s proud of his forefathers, who had made important contribution in the history but still lacks courage to face any challenge

Moreover, Sandook gestures are actually stunning with the beautiful locations of village along with a number of sequences that ooze the impressiveness and of course the jolly personality who pores some humorous situations none other than ‘Raghavan’ is another point that gives the movie a jerk to watch.

The movie falls short of being too impressive wherein the first half takes too long to explore the idea behind the scenes and thus the climax is actually hard to believe. And if we talk about the tracks then apart from the Lord Krishna track that actually touches the heart, rest of the track are nothing but hear and let it go.