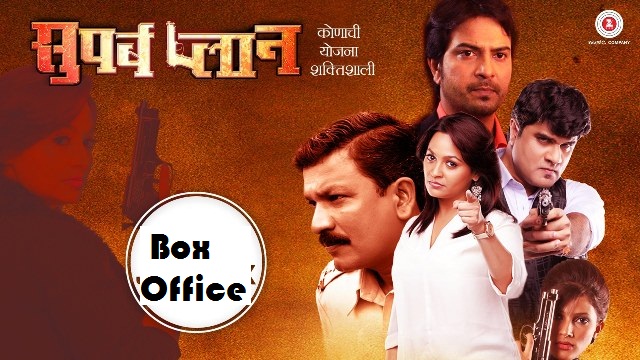 Last, this Friday, in regional Cinema – the Marathi film – Superb Plan finally was seen releasing. With good buzz in the media for its unique content, interesting scrip, competent star cast, the film went on to get a decent start. Despite the fact the film was released in limited screen, and restricted to Maharashtra state, the film went on do better over the box office. As per reports, the film was able to do a decent business not just on the first day but also went on doing a good business over the first weekend as well.

As per reports, this Marathi film with English title produced by Manmohan Ghuwalewala produced under his own banner called Singhal Entertainment & Films Pvt Ltd did a decent business online. The film starring talented star cast like Satyanand alias Sandy Gaitonde, Trupti Bhoir, Rajandra Shisat Girish Pardesi really gave a good collection. The director – Jai Tari seemed smiling and enjoying hearing the news. As per reports, the first weekend box office collection for Superb Plan tolled to around 3 crores. Most of the theatres in Mumbai, Pune and other places in the state witnessed occupancy up to 100 percent, which kept the film at the top.