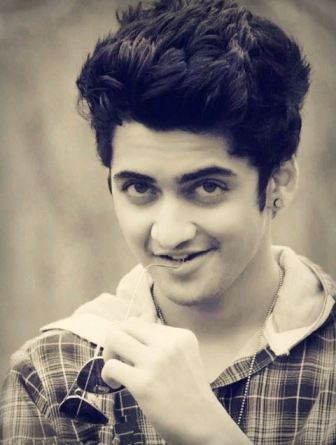 Sumedh Mudgalkar is a television actor who got to fame in the role of Yuvraj Sushim in the serial Chakravartin Ashoka Samrat on the channel Colors TV. The character is a negative shade but Sumedh has got fans adoring him even in this negative role. Besides this, Sumedh had got fame as a dancer in reality dance shows. His role in the show Dil Dosti Dance was also popular.

Sumedh was born on 2 November 1996, at present he is 20 years of age. Sumedh was born and brought up in Pune Maharashtra and had his schooling there. He is presently pursuing a professional Engineering degree from MIT in Pune.

Sumedh Mudgalkar had no intentions of becoming an actor. In fact he was a passionate dancer and he always will be. He never had any formal training in dancing but learnt the skill by watching videos. He got an opportunity to participate in Dance India Dance season 3 in 2012. This brought him in the notice of audience. He was given another chance in the following season and he established himself as an ace dancer. This opened up doors for his entry into the dance based show on Channel Dil Dosti Dance. He played the role of Raghav in the show which was an arrogant and flirty character. He got much recognition with the role. Sumedh was picked for more potential roles later on.

On Colors TV the show Chakravarthin Ashoka Samrat is the depiction of the life and struggles of emperor Ashoka who had to battle internal differences and animosity to run his kingdom. The character of Yuvraj Sushim is very crucial in the story. Sumedh plays the role with effort and works very hard for it.