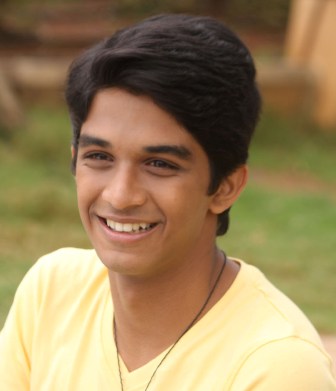 Rohit Phalke is an actor in Marathi movies and serials. He has worked in the critically acclaimed movie Balak Palak.Beised being and actor, he is also a writer and director.

Rohit was born on 10 October 1997 in Mumbai. The 20 years old boy grew up in Mumbai and was attracted to cinema since a young age. He studied in IES, V.N. Sule Guruji School in Dadar Mumbai. She is presently pursuing his higher studies in D G Ruparel College of Arts, Commerce and Science in Matunga. Rohit is as brilliant a student as he is in acting.

He has acted in the Marathi serial ‘Be Dune Daha’. The talented youngster is so passionate about acting and films that he has written and directed a short film named Dadu which was based on the intricate relationship between a father daughter. Besides this, he has worked in an advertisement campaign for Idea Cellular which was a major hit.

In 2012 , Rohit Phalke got the opportunity to play the character of Avinash Gandhe which was a major role among a group of teenagers. This was portrayed very nicely by Rohit for which he got much acclaim. The film was appreciated by one and all for bringing to light a very sensitive subject of Sex education in our country.

Rohit moved forward with better projects such as Dadu of which he was the writer and director. In 2014, he acted in the TV show Be Duna Daha on Star Pravah. He played the role of Neil Bapat.