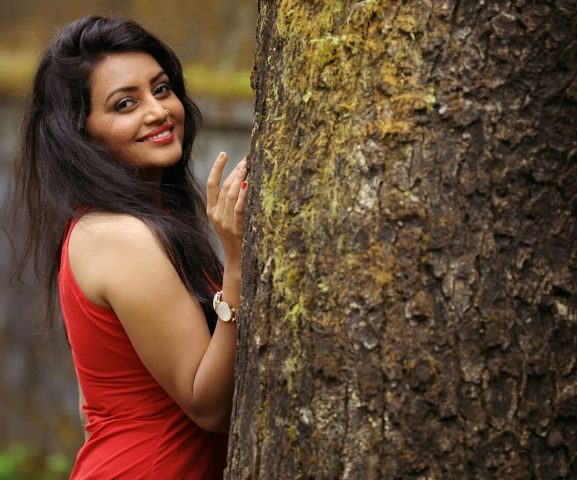 Sonali Patil is an actress and Tik Tok girl who is mostly active in Marathi entertainment domain. She was born on 5th May 1987 in Latur, while brought up in Kolhapur, Maharashtra. She completed her school and college from her hometown called Rajaram College, Kolhapur. She completed her schooling from Tararani Vidyapeeth, Usharaje High School and in college she completed her Masters in Humanities and B. Ed later headed to become a teacher. She worked as a lecturer in Senior College.

However, she had the urge to act as she remained active in different plays and shows during her college life. So the bug of acting in her never died, and hence she was rather waiting to catch this opportunity to enter into this field. She made her debut in Marathi TV show called ‘Julta Julta Julty Ki’ aired on Sony Marathi. She played the character called Rekha. Currently she is seen in a TV show called Vajiu Number 1 aired at Star Pravah. She is playing the role of Vaijayanti who happens to be a free spirited girl also spontaneously witted and smart person.

She is working with other actors like Sameer Khandekar and Ela Bhate who seemed to be playing vital roles in it. Talking about her personal life, she is single and not dating anyone. She is focussing on her career. She is pretty active on social media platforms and loves to share about her personal and professional stuff. Stay tuned to know more about her and others only with us.