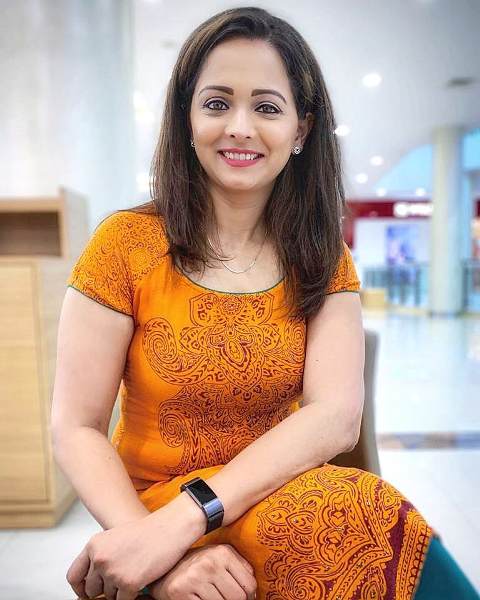 Shweta Mehendale is a popular Marathi Tv and Film actress. Though she is mostly known for her roles in Marathi Soap dramas, Shweta has also appeared in a few Marathi films. Her sweet smile and blue eyes have made her a popular actress. She suits the girl next door Marathi mulgi roles best. Shweta has experimented with many kinds of roles in her career. She has also proved her acting prowess on Marathi stage drama. She is the wife of Marathi actor Rahul Mehendale. Rahul is known for his recent success in the film Poster Boyz. 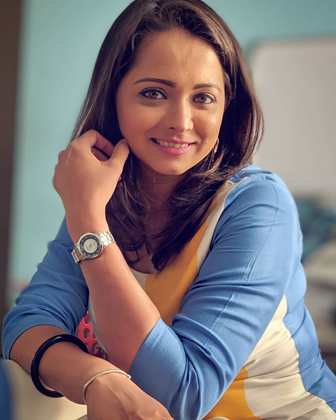 Shweta Mehendale in TV serials: This pretty actress has played impactful roles in serials like Asava Sunder Swapnacha Bangla on colors Marathi. It was a family drama aired on colors Marathi since Jan 2013 and had high TRPs.

Majhya Navrachi Bayko on Zee Marathi is receiving good response. Shweta Mehendale is playing a prominent and lead role in this serial which is an interesting love triangle.

Apart from acting Shweta is passionate about dancing and cooking. She had also appeared in the celebrity cooking show Mejwani Paripoorna Kitchen. In the episode hosted by Girija Oak Godbole, she prepared a yummy dessert.

Pach Naar Ek Bejaar: Released in 2011, this film was a multi starrer comedy. Shweta shared the screen with actors like Sanjay Narvekar, Aditi Saragdhar, Hemangi Kavi, Leena Bhagwat and Harshali Zine. The movie failed to make any waves on the box office.

Sagal Karun Bhagle: in 2011, she starred in another comedy family drama Sagal Karun Bhagle that had comedy master Makrand Anaspure in the lead. The film got a lukewarm response at the box. However Shweta shone in her small role.

In Asa Mi Tasa Mi, she once again joined Makrand Anaspure to tickle the funny bones of the audience.

Her Marathi drama, Premath Saarch Kahi Maaf has won her much appreciation and recognition.

Personal Life : Shweta describes herself as a homely girl who likes ot indulge in cooking for her family. Besides, she finds out time for her hobbies like dancing.