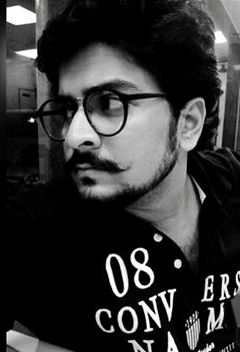 Shubhankar Tawde is among the new names in Marathi TV shows. He was born and brought up in Mumbai. He was born in Kandivali on 26th October 1994 and did his schooling and college from Bombay itself. Since his childhood he wanted to be an actor and has was seen at the forefront trying something or the other in the cultural activities and fest during his college days. During his college, he was also attached to theatres and thus has tried a number of plays before the audience getting the experience in the world of acting.

Shubhankar Tawde also went to The Drama School, Mumbai to complete his program in acting and filmmaking. His completed his college frm Ramnarain Ruia College in Mumbai. Later went on to work with the theatre group caller Dark Heaven and did a couple of plays in Hindi and Marathi. He then worked with the group called Ruia Natyavalay as an actor. As said he is a fresh face in Marathi TV series, he is doing his debut with the TV show called Freshers that will be aired in the TV Channel called Yuva.

As far as his personal life is concerned, he is currently not dating anyone and is not married since he is keen to focus in his career. Since this is his debut TV serial he seems to be very much serious about his work and is seen doing the shoots with great passion and patience. Let’s see how he will achieve things on the small screen, he intends to go for a long way moving from small screen to the bigger ones.