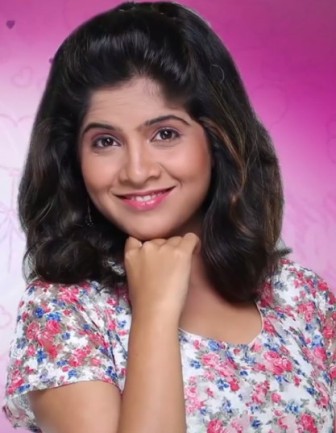 Amruta Deshmukh is a known name in Marathi small screen. She was born on 16th September 1994 in Pune wherein she was raised as well. She did her schooling and college from Pune itself. She did her BA in English from SP College from Pune followed by her Masters in Communication and Journalism from the known college called Ranade Institute. Then she went on to do her internship at the popular TV channel called TV9 working as a journalist wherein she got the chance to enter into the glamour world thus ended taking up the roles in the industry. Now, let’s dig in deep more about her in the following paragraphs:

She is among the new actress in Marathi TV world who got the chance to enter the same with the TV serial called Tumcha Amcha Same Asta produced by the B Town actor Shreyas Talpade aired at Star Pravah.

Amruta Deshmukh did the role of Gauri in the said TV serial. However, before working for this TV series she had got small roles in TV series like Pudcha Paul and Asmita. She also did modelling in print media and her couple of photos were seen getting published in Loksatta organized by Viva Diva. As far as her personal life is concerned, she is not married and not dating anyone as very much keen to focus on her career.