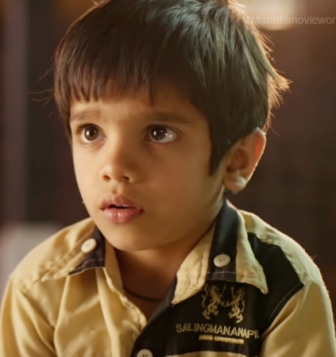 Shrinivas Pokale is a child actor who hails from Mumbai who was born and brought up at this place. He is the student of fourth standard who will be doing his debut with a Marathi Movie called Naal, which is releasing in November 2018.  He is a young and cute boy who is barely 9 years old but when he comes on stage makes people simply love him. He has played the character of Chaitanya who lives in a small village in Maharashtra over the banks of a river. His parents’ roles have been played by Nagraj Popatrao Manjule and Devika Daftardar in the film.

The family is a happy to go family who takes care of the kid who remains happy and make everyone happy and feel cool in the company of others. One day he leaves the home with other boy, which makes his parents worried. So, what goes is interesting to catch. After the release of the trailer, the people in the B Town have gone ga-ga over the performance of this young boy. Many of the people in the M Town have been seeing his incredible and bright future in the coming time when he finally grows up adult.

There is not much discussed about his personal life and family, so you need to remain in touch with us and our portal to get the latest about him and others in the M Town. Stay tuned and do comment about the kid and his upcoming movie, which has become the talk of the time with his incredible performance. The film is directed by the debutant director Sudhakar Reddy who is opening his innings with this movie in M Town.