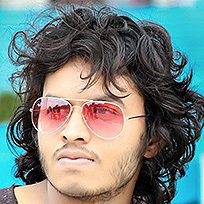 Shashi  Thosar is an actor active in Marathi TV shows and Movies. He hails from Pune where he was born and brought up at. He was born on 31st December 1994 in Pune. He did his schooling from Shri Shivaji Vidya Mandir & Junior College, Aundh, Pune, while for his graduation he did from the same college completing it from Pune University in 2014. He then completed his master’s from MIT in 2016. During his college days, he was associated with theatres and did a couple of plays.
The theatre helped him to work on his acting skills and later embarked upon in M Town doing his debut with the film called Itemgiri, released in the year 2017, which he did with actors like Hansraj Jagtap, Rajeshwari Kharat, Dhanashri Meshram, Manani Durge, and Suraj Takke. However, his big film came in the form of Khichik, where he is playing the lead roles in the film.
He worked with Siddharth Jadhav, Prathmesh Parab and Sudesh Berry, while the film is directed by Pritam Sk Patil. He also worked with a couple of TV shows doing supporting and smaller roles. Talking about his personal life, he is single and not dating anyone. He is currently focussing on his career and wants to do big in this industry. He is active on social media and loves to post about his professional a lot. Stay tuned to know more about him and others only with us, while if you have anything to share about him do comment.
Share