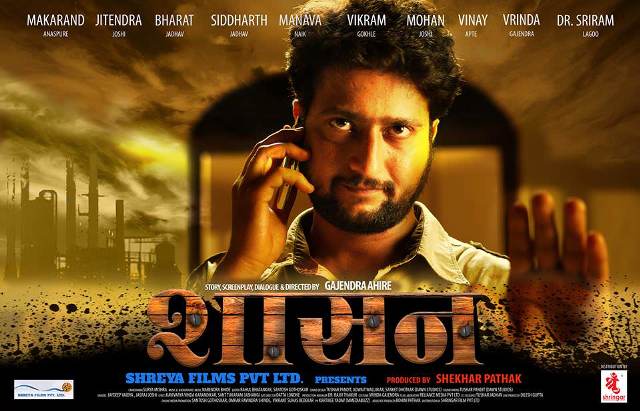 Gajendra Ahire is back in news for his upcoming film Shasan, which is a multi-starrer film in the Marathi world. The movie is gearing for its release on 22nd October, which is a political saga. It has Makrand Anaspure,  Siddharth Jadhav, Bharat Jadhav, Jitendra Joshi, Aditi Bhagwat, Manava Naik, Vrunda Gajendra, Mohan Joshi, Vikram Gokhale, Nagesh Bhosle, Amey Ghare, Kiran Karmarkar and Dr. Shriram Lagoo.

You can find the famous poem called “maajhya manaa ban dagad” by Vinda Karandikar. Narendra Bhide has composed this poem, which is sung by Jasraj Joshi. The dialogues and story screenplay of this film comes by the director Ahire himself, while it is produced by Shekhar Pathak in association with the production company Shreya Films Pvt. Ltd. Till the film is released, the Marathi audience will soon have a good time to catch with.