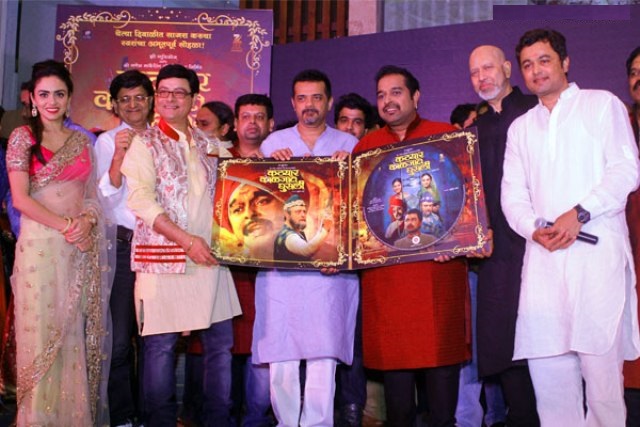 After doing big in Bollywood, the trio music director called Shankar-Ehsaan-Loy is gearing up to open their innings in Marathi movie. Now, the celebrity director group is opening up in a Marathi movie called Katyar Kaljaat Ghusali, which is based on the Marathi play with the same title. Interestingly, the music composer – Shankar Mahadevan would be playing the character of a classical singer in this period drama.

As per reports, the trio director has embarked with the music CD in a recently organised music launch program in the presence of Sachin Pilgaonkar who will be playing the role of a singer and actor as well in the film. Needless to say that the director Subodh Bhave and producer Sunil Phadtare, Nitin Kini and Nikhil Sane were present at the event. The event also witnessed the promos of the film along with the three songs and their music.

The music is rich and showcases the classy heritage of Indian classic music, which is considered to be one of the major elements of the film. The film also stars some of the talented actors like Amruta Khanviklkar, Pushkar Shrotri, Sakshi Tanvar and Mrunmayee Deshpande. Sakhi would be doing her debut in Marathi film, while the film has 21 classical songs, which has a couple from the Marathi play as well.