Sarika Raghwa is an actress and model who hails from Chandigarh. She was born and brought up at this place. She completed her schooling and college from Chandigarh and ever since she was in college, she started her modeling career. She walked on Rashmi Bindra’s ramp shows and remained the show stopper for a while. She even got the chance to be in the part of a few Punjabi music videos that helped her gain popularity to take a plunge in the world of acting. 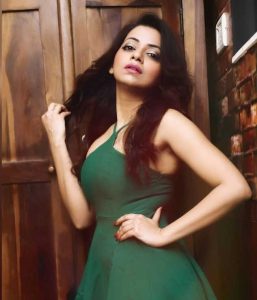 She did her fashion shows in places like Winter Carnival in Manali as she was encouraged by her friends and teachers that made her steal the show. In the year 2017, she headed to Mumbai to pursue her career in acting and modeling as she got the chance to act in a film offered by T-Series. She then got two Telugu movies that made her a successful actress in the world of acting.

However, she got recognition with the web series at ULLU app called Virgin Boys. She played the leading lady’s role in it. While talking about her modeling career, it seemed purely accidental as she was pushed by her friends and teachers to try her luck and she participated in Winter Carnival that further opened the roads to the opportunity for the same. Stay tuned to know more about it and others only with us. In the meantime, if you have anything to share about her, do let us know more about the model and actress.