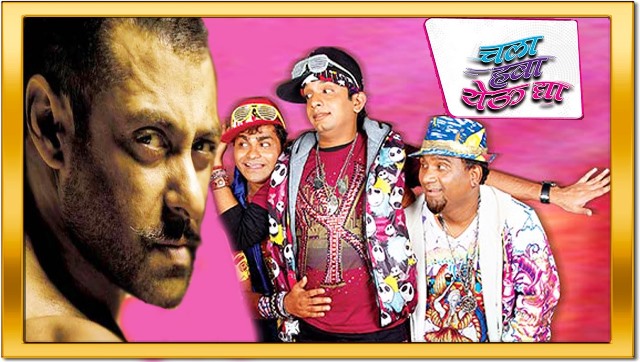 There is a much buzz about Salman Khan the reasons are obvious his upcoming film Sultan, which is all set to hit the theatres next week. Considering its release, Salman and Sultan team is busy in promoting the film, which seems to be going in a full swing. Hence Salman is leaving no stone unturned to keep the promotion of his upcoming movie in a high spirit.

The film is directed by Ali Abbas Zafar, which is based on a life of a wrestler coming from Haryana who is known to put everything of his life for the sport. The Sultan actor is playing a wrestler role in it who remains to be a three time state champion. The title of the movie is about this character in his movie. Considering the promotion spree of the film, the actor will be visiting a Marathi TV show called Chala Hawa Yeu Dya.

It is a comedy show, wherein different characters are seen cracking jokes and puns. If you remember it was Shah Rukh Khan who also visited the show to promote his film Fan and similarly John Abraham had visited during the release of the film – Rocky Handsome. The show has the host called Nislesh Sable, while Bhau Kadam is seen in different recurring roles for the show.