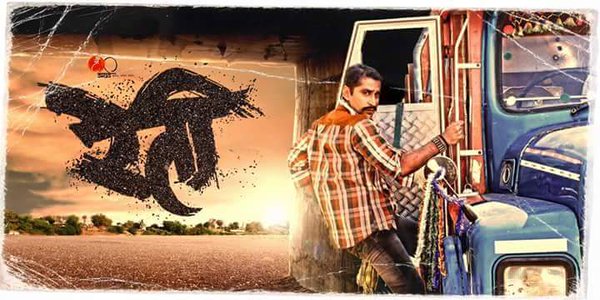 This Friday we have two Marathi movies hitting including the one called Reti. The film is directed by Pratap Nair, while it is produced by Pramod Gore under the banner of Atharva Movies. The film is a social action drama, which has a lead and supporting actors like Kishor Kadam, Chinmay Mandlekar, Sanjay Khapre, Shashank Shende,Vidyadhar Joshi, SuhasPalshikar, Mausami Tondwalkar, Gayatri Soham and Bhagyashree Rane. The film has the music by Shaan by Superbia Music. As the name suggest, the film Reti revolves around the issue of sand mafia being governing this market. Now, let’s have a look inside the movie to get the crux of the same as under:

Reti means sand revolves around Sand Mafia giving a glimpse of the dire consequence of social issue, which has the capacity of make the audience stunned. The movie doesn’t carry a story in continuity all you find in this movie is the theft of the sand. The mastermind behind the business of sand simply goes to any extent to showcase the power and might, which is played by Shashank Shendu. Two of his brothers work as truck drivers with him. Soon, his elder brother (driver) decides to work for a Gujarati Builder played by Vidyadhar Joshi who has partnered with revenue minister Suhas Palshikar, while the two are seen changing their strategies on a regular basis. The younger brother played by Chinmay Mandlekar has big plans, which he keeps on trying. On the other side you have a social work played by Sanjay Khapre who is putting efforts to stop the theft of sand. And you have a honest collector in the district who is murdered making this issue big. Thanks to the sensational news reported by the media. So, what happens next is worth checking?

The problem with Marathi movie is the lack of budget despite having good and unique subjects like these seen in Reti. Ironically most of the movies made on similar subjects are superficial in nature till we saw the film by Anurag Kashyap called Gangs of Wasseypur 1 and 2, which dealt smartly the complexity of the coal mafia found in the interiors of Jharkhand state. He left no stone unturned to carry out the exercise in social history in a kind of smart neo noir drama. The film is potential enough to educate any filmmaker who is keen to make such movies for silver screen. However, Reti’s director did his homework on his own and chose a subject of sand mafia which happens to be a remarkable subject to bridge the urban and rural areas with a great balance.

We know sand is required both in the urban and rural areas and its demand is on high with every passing day. Reti has tried to touch all the aspects of this issue including environmental issues faced by the villagers living beside the river to criminals illegally robbing the sand from these spaces to create all the nuisance and water pollution. Hence it may appear that this film deals with some of the most complex issues but at the end of the product you can find standard tale of B Town variety. It is not that simple to make movies like this dealing with certain resource where there is a Mafia raj. Despite having straightforward narrative, Reti took long time to connect with the audience. The movie has stellar star cast, however, they failed to give the spontaneity for which they shouldn’t be blamed for.

The focus over the issue seen in between Gajanan Mhatre played by Shende and his associate Kisan played by Kadam, the former was seen in a ruthless character was smart enough to play it with great dexterity and courage while the latter was too simple to have much of the talent showcase in the actor. Suhas has given a good performance while playing the selfish politician, while GayatriSoham has not much of screen space yet has managed to showcase her acting skills so well and talking about the music and songs, don’t go with much of expectations.

Though the film is chosen to be made on an interesting subject, which is hard to handle yet is has some flaws in the script. You can find a couple of logic gaps that makes the climax of the film very much predictable. The real interest lays in the performance of the three lead actors, which make the film extraordinary though they lacked somewhere but the overall picture seems to be okay. This somehow gives a bit higher rating than the other releases of M Town.