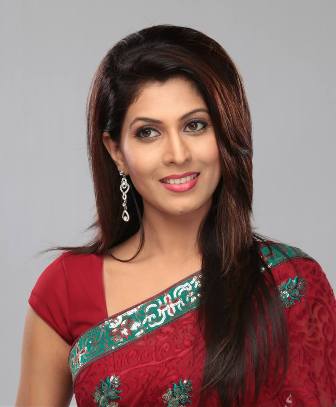 Madhavi Kulkarni also know as Madhavi Nemkar is a popular face in Marathi TV world. She was born on 17th May 1983 in Pune. She did her schooling and college from this city and soon realized what she has to do after completing her college. She has been active in cultural activities and participating in various plays. With a brief struggle, she got the chance to work in small screen giving her debut with Awaghachi Sansaar followed by other TV serials like Swapnanchya Palikadale and Javai Vikat Ghene Ahe. Her role in Jawai Vikat Ghene Ahe called Priya was among her favorite work in small screen.

Meanwhile after working in a slew of TV serials, Madhavi Kulkarni also got the chance in a couple of Marathi movies as well. This started with the film called Baykocha Nakalatch in 2009 followed by another DhavaDhav in 2011, Sangala Karun Bhagla in 2011, Navra Maza Bhavra in 2013 and Sangharsh in 2014. As far as her personal life is concerned, she is married to Vikram Kulkarni on 3rd February 2010. Her film Get Well Soon with Swapnil Joshi is among her favorite work on silver screen, which though was not a big hit in M Town but she was recognized for her good performance in the film.