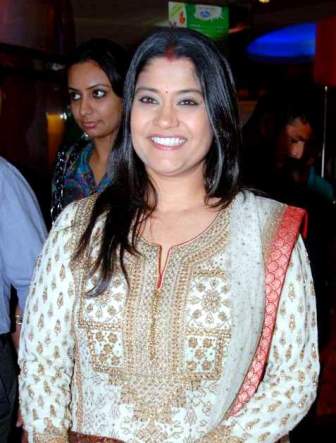 Although she became extremely popular after her role as Madhuri Dixit’s sister in the film Hum Aapke Hain Koun, Renuka Shahane is known more as a TV actress than as a movie actress. She was a popular face on DoorDarshan when the informative serial Surabhi was hosted by her and Siddharth Kak. The serial that went to the nooks and corners of India to explore its rich culture and tradition was viewed in large numbers across the nation in an age when television was establishing its foothold in the households of the country. She was also noticed for her work in the serials like Imtihaan and Circus. In the latter, she played the love interest of ShahRukh Khan , who was yet to embark on his Bollywood career then. The Marathi industry was full of potential roles in those days and Renuka was quick to grab them one after the other. She portrayed many interesting characters that helped her emerge as a leading TV actress along with few others like Mandira Bedi and Reema Lagoo.

Renuka Shahane was offered the role of Madhuri’s elder sister named Pooja Chaudhary in the recording breaking Super hit Hum Apke Hain Koun. The film ,which starred Salman Khan and Madhuri Dixit, Anupam Kher, Reema Lagoo, Monish Behl , Alok Nath and Laxmikant Barde, went on to celebrate silver jubilee in the theatres. She played a shy and homely girl who impresses her in- laws with her family values. The Indian audiences were totally impressed by the character and she was hailed as a bankable actress in those days. She endorsed Action Flotters , a footwear brand and appeared in its commercials. Her magnetic smile and sprightly personality worked as trump cards for her. Later Renuka worked in few Hindi films including Massoom in the year 1996, but none of them brought her further success in films. Her husband, Ashutosh Rana also established himself mainly in negative roles during the late 90s and early 2000.

She remained mostly active in Marathi serials. In the year 2009, she turned a director with the film Rita in which she herself played a crucial role. she was one of the contestants on the show Jhalak Dikhlaja 4 on Sony Television in 2010. She presented a show on the cooking based channel Food Food named Ladies First. In 2014 , she was a part of Chandrakant Kulkarni directed film, a political drama , named Dusri Gosht. The film had the politics of Maharashtra state as its subject and received mixed response after its release in May 2014.