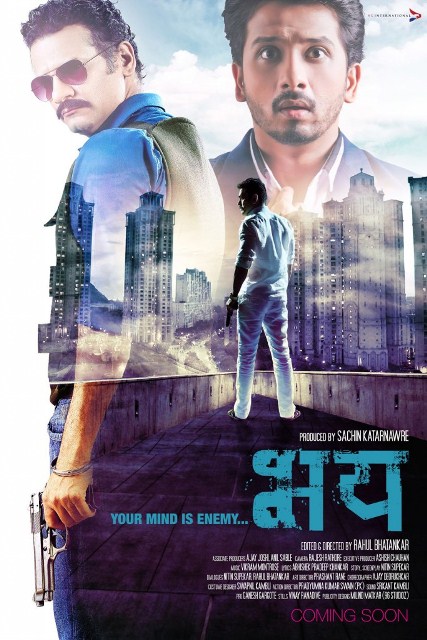 Bhay explores the subject of schizophrenia from different perspectives. Before this, Farhan Akthar and Deepika Padukone starrer Karthik Calling Karthik had brought to fore a similar theme. Schizophrenia , which is a serious mental disorder , affects one in hundred people. It is also a genetically transferrable disorder. The film is made with the intention to educate people regarding such issues which is generally not discussed openly in our society.

An assorted team of actors and actresses consisting of Abhijeet Khandkekar, Uday Tikekar, Satish Rajwade, Smita Gondkar, Vineet Sharma, Sanskruti Balgude and Siddharth Bodke are bringing to life various characters of the story . Bhay is directed and edited by Rahul Bhatnakar. The script, screen play and dialogues have been penned down by Nitin Supekar. Shekhar Astitva has written the lyrics to the music tuned by Ajit Sammer. It will be interesting to see whether Bhay will be as thrilling as Farhan Akhtar’s Karthik Calling Karthik or will it be a more sensitive take on the subject.

Bhay is expected to release next month.