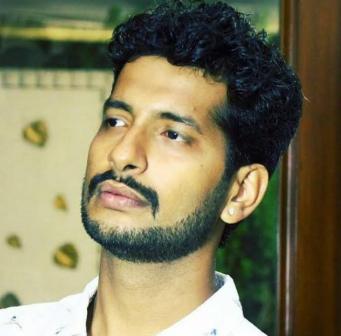 Omkar Govardhan is not an unknown name in Marathi movies and small screen TV shows. He hails from Pune wherein he was born and brought up at. He did his schooling and college from Pune itself having keen interest in acting and cultural activities, which turned out his base for becoming the emerging actor in small screen and silver screen as well. So, hence when he completed his education, he headed straight to Mumbai to start his career in M Town and with a bit of struggle, he got the chance to enter into the small screen getting a small role in a TV soap.

He then got a role in Marathi films getting a small role in a Hindi movie Kaminey starring Shahid Kapoor that released in 2009. He later went on to get Marathi movie called Ha Bharat Maza in the year 2012 followed by another called Sanshay Kallol in the year 2013.

Soon he got his first break working as a lead actor of the film called Nilkanth Master, which was a pre-independence era. He got recognition with this role in the film based on drama love story. As far as his personal life is concerned, he is still unmarried and is not dating anyone as he is keen to focus on his career.