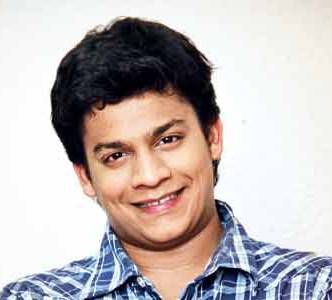 Saksham Kulkarni is not an unknown name in M Town. He is a known TV and movie actor. He was born on 21st June 1991 in Pune wherein he was raised at. He did his schooling and college from Pune itself doing his graduation and masters in commerce from Symbiosis College. He started working early seen in the role of child artists and thus getting roles in TV soaps and movies was no big deal for him. Once he completed his studies, he went on to pursue his full time career in the world of acting targeting both the screens from the Marathi movie world.

His bit debut venture came with the character called Chiklu that was seen in the movie Pak Pak Pakak and he did a couple of movies later as a child actor. For the very same movie, he has got the best male actor award for the Marathi movie at Asian Fest in Singapore. He was later seen in the film Kaksparsh that marked her to be the first time film. In the year 2012, he went was seen coming a comedy TV show called Ambat God. Some of the co-actors in the TV show included Sanjay Mone, Suhas Paranjape, Vandana Gupte and others.

Saksham Kulkarni then was seen in a Hindi Tele film with Urmila Matondkar – Life Main Hungama Hai, while was also seen performing a dance show called Eka Peksha Ek Jodicha Mamle with Gauri Vaidya. He then was seen doing a Hindi film called Allah Ke Bande along with Sharman Joshi. The other Marathi movies include Shikshnachya Aaicha Gho, Fakt Ladh Mhana and Ghanta. Currently he is rope in the newly launched TV Channel Zee Yuva TV show called Love Lagan Locha, which is currently getting at the said TV channel. He is not dating anyone and still prefers to call himself to be a bachelor in M Town.