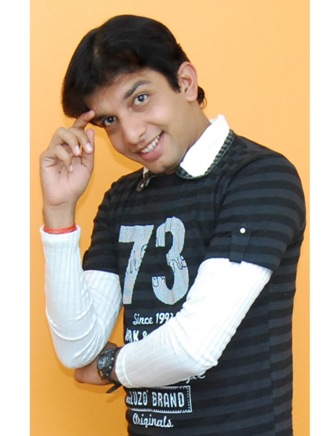 Nilesh Sable is not an unknown name in Marathi TV series. He hails from Kolhapur and was born on 30th June 1986. He did his schooling from different cities followed by entering her graduation in Ayurveda and then did his MD in Ayurveda Medicine. . He comes from a family of non-filmy background and his water worked in Education Department in MS State thus had to change a number of schools due to his father’s job transfers. However, his interest was in acting, hence left his medicine career and headed to Mumbai to make his career in acting world. In 2005, he got the chance to work with the Zee Marathi TV series called ‘Maharashtracha Superstar’ in 2005.

He worked in a couple of Marathi Comedy serials, which include Fu Bai Fu before he got the name and fame from his Talk Show called Chala Hawa Yeu Dya aired Zee Marathi. In some of the episodes of this Show he also had guests from Bollywood, which include John Abraham and Shah Rukh Khan for their film promotions. In this TV show he carries interview for various celebrities and talk about their movies and the things they do with a couple of comic acts interwoven in it. He is known for great mimicry skills and has impressed the guests coming to the show. As far as his personal life is concerned, he is married to Gauri Sable. Talking about his film career, it started with the film known as NavraMajhaBhvra.