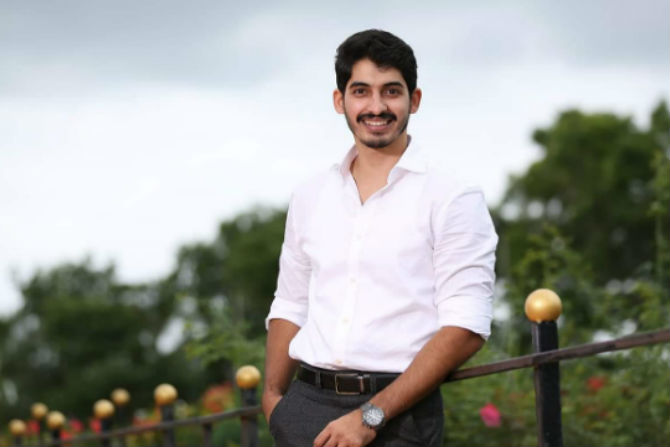 Nikhil Chavan is an actor who is more active in Marathi films and TV shows. He was born in Pune on 29th May 1992. He did his schooling and college from Pune. He completed his graduation from AM College, Pune. During his school and colleges he was active in plays and cultural activities that made him enter the acting field. He started his career working as a backstage artist in commercial theatre. He worked hard to shape his acting skills and thus gained popularity allowing him to get a supporting role in a TV show Lagir Zal Ji.

Since then it was no looking back for the actor as he got the chance to bag roles in TV shows and films. He got the negative role in Marathi movie – Atrocity and then appeared in Zee Marathi show called Jallosh Ganrayacha playing the host. He then was seen playing the first lead role in the web series called Strilling Pulling, which was aired at digital platform and later was seen in the web film Veergati in 2019 aired Patriotic ZEE5 Original Film.

He then bagged the most popular regional web series award by Brand Equity allowing him to enjoy his stardom. He then appeared in yet another web film called Veergati in 2019. He then was seen in the guest role in Girlz Marathi movie directed by Vishal Devrukhkar. He will be soon seen in some of his films like Dhondi Champya Ek Prem Katha with Sayli Patil, which is Directed by Dnyanesh Bhalekar, while he will also be seen in the Marathi film – Darling.