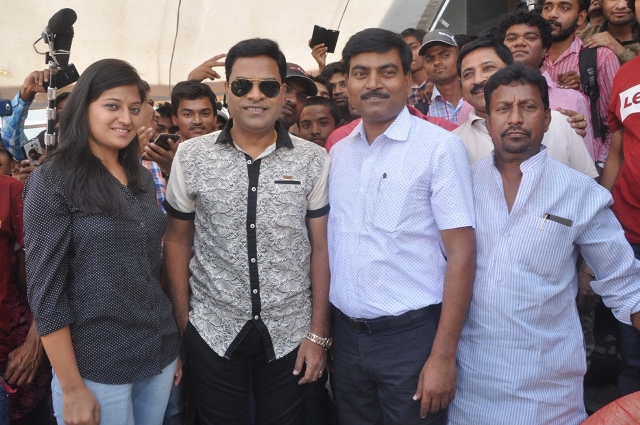 The upcoming Marathi film called Suun Asavi Ashi finally goes on floor starting its shooting in the presence Dr. Mohan Gaikwad the Chairman of GPG Group in the presence of Prof Sandeep Gaikad from the Tulsiramji Gaikwad-Patil College of Engineering and Technology. The film id directed by Sham Dharmadhikari, while the star cast of the film includes Bharat Jadhav, Mohan Joshi, Teja Devkar and Neelam Jhamre. The film is a family drama, which has finally begun the shoot commencing from the City of Nagpur known as the orange city’s prestigious engineering college.

Some of the side actors have been auditioned at the college and roped in for few small roles in the film, giving the college students a good exposure to Film industry. The film has four songs, which was jotted down by Praveen Davane, while the one is by Rupa Kulkarni. The voice for these songs have been given by the popular singers like Suresh Wadkar, Swapnil Bandodkar, Vaishali Smant, Rohit Raut and Vaishali Made, whereas the music is given by the Veteran music director called Nandu Honap.