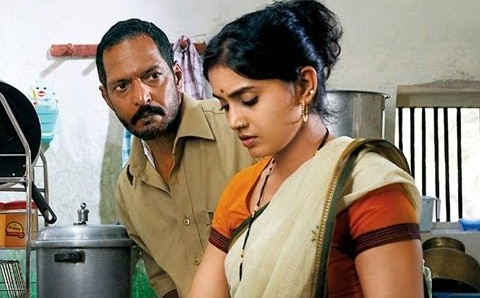 Dr. Prakash Baba Amte is s biopic on the social activist of the same name who is the son of another great social worker Baba Amte. The film stars Nana Patekar and Sonali Kulkarni as the lead and his wife. The film will be releasing on October 10. Nana Patekar and Sonali Kulkarni have been paired with each other in three previous films. The 63 year old actor and the 39 year old actress are playing on screen couple for the third time. Nana ,who is busy with the promotions of their film , was heard playing jokes at his co- star. Nana stated that he has not been paired with any other actress so many times in the husband and wife role. “ Sonali is my onscreen wife . I joke about this with her and her husband.”

Nana added that he and Sonali share a wonderful friendship which is based on comfort. According to him it is very important for co- stars to be totally comfortable with each other so that the rapport transpires on screen .Nana is known for his witty remarks and pranks on sets. Once again he is creating a jovial mood during the promotions. Both the actors are recipients of national awards and their pairing together surely raises expectations.