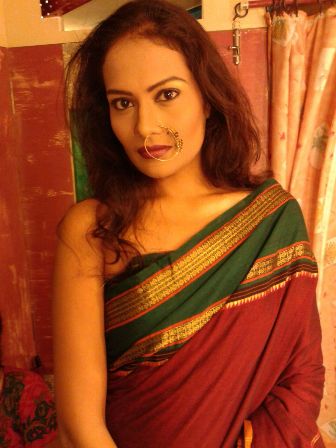 She has played a key role in the movie Bhootkal released in December 2016.

Starting her career with modeling the young pretty actress made in to Marathi films.  She has played small yet impactful roles in films. In film Yaari Dosti (released in 2016), Namrata played a key role. This movie was about the relationship between four boys in high school who have their differences and yet strike a unique friendship among them.

Well Done Bhalya, which was another film to star Namrata Jadhav, released in March 2016.It was about an Adivasi boy who was passionate about cricket and gradually gets  to accomplish his dreams.

In Bhootkal, that released early December 2016, Namrata , was one among the bunch of youngsters who enters the  haunted house and discovers the existence of Paranormal entity there. The lead actors in the movie are Bhushan Pradhan and Hemangi Kavi.

Namrata Jadhav has the skill to bring her characters to life. Even in small characters, she has done well.