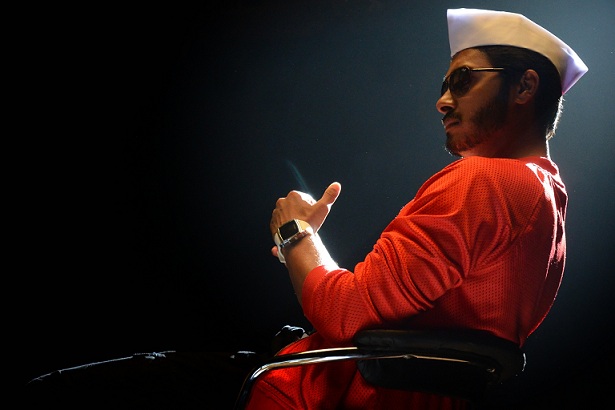 Shreyas Talpade ‘s Poshter Boyz releases on 1st August across Maharashtra. The film is an ambitious project for the actor who has produced it along with his wife .It made huge news even before its release thanks to the interesting subject which is male vasectomy. it is seen that films dealing with such unconventional yet funny subjects which come in the genre of sex comedy has always done good business. Though the filmmakers swear theta the film is clean in content and is a family entertainer but the subject has indeed aroused people’s curiosity and it is expected that Marathi audience will rush to theaters to take a look at Taplade’s offering.

In past , films like Vicky Donor , that was also a comedy, pulled huge number of audience to the theaters. Though Poshter Boyjapparently deals with a trivial subject and the treatment is also comedy , it has an underlying sensitive theme in it which is male chauvinism. Taplade has done his best to rake in star power for packaging his film. Apart from actors like Ankit Vishwasrao and Hrishikesh Joshi and veteran Dilip Pravalkar being in the lead roles, it has the leading beauties in the industry , Pooja Sawant and Neha Joshi in it. Not only this, Bollywood personalities such as Farah Khan, Rohit Shetty and Anu Malik are only few among the many faces the film has for special appearances.

Considering the successful run of Ritesh Deshmukh starrer Lai Bhaari , Poshter Boyj has a challenging situation at hand. But it is heard form box office experts that the film will turn out to be a box office success and will be shown even in multiplexes. Now that promises a successful opening and a decent run thereon. The collection might range upto 7 core 8 crore in the first week. Lai Bhaari becoming the second highest grosser for Marathi gives more expectations to the Talpade’s film which might reach near the records . If experts are to be believed its ifrst weekend collections can predict whether it will touch the records or even break them.