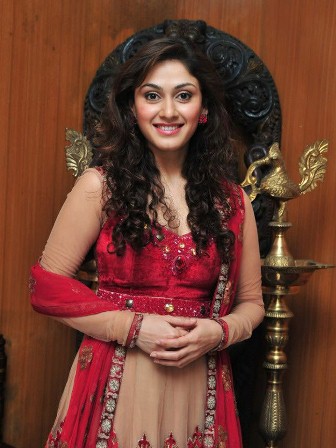 Remember the beautiful and shy girl friend of Jai ( Imran Khan) in Jaane Tu Ya Jaane Na ? Nine years back when she was cast for this role in the Superhit Bollywood film, Manjiri Fadnis shot to fame. Though this Mumbai based girl had been in and around Hindi film industry, the role of Imran Khan’s girl friend  was a break through for her entry  into Hindi films. Manjiri had earlier appeared in a college movie Rok Sako Toh Rok Lo in Hindi which went rather unnoticed. But after Jaane Tu Ya Jaane Na.. there has been no looking back. She had won Star Dust Award for breakthrough performance that year.

Critic’s Praise with Faltu (2007): Her biggest achievement, however, is not commercial success. Her role in Bengali movie Faltu (2006) is memorable. It won many awards including 54th National Film Awards on Family Welfare. It was selected for Spain film festival that year. This paved the way for Manjiri’s acting career.

Aspired to be a Singer : Ever since her entry into films, Manjiri has been active in commercials and films in other regional languages. But not many people know that the pretty girl was an aspiring singer. The talent hunt on Channel [ V], which created the pop music group Asma, gave Manjiri her first opportunity to showcase her talent as a singer. She made it to the top eight but was dropped  later. Beautiful as she is, Manjiri got opportunity for acting right away.

Films Down South: Manjiri has been a part of many films down south. In Telugu, she has acted in films like Siddu From Sikakulam and Shakti. In Tamil, she made a mark with Muthirai. Her efforts in Kannada film, Munjane stands out. Later in 2014 released Malayalm film Mr. Fraud, she acted alongside none other than Mohanlal and received huge applause.  She was a part of Walt Disney produced Zokkomon in which Darsheel Safari played the title role.

Comedy film with Kapil Sharma:  Last year, in Kapil Sharma movie Kis Kisko Pyaar Karoon , she played one of the three lead actresses who dot on Kapil’s character. Manjiri has made her presence felt in Marathi films as well. With Sarva Mangal Savadhan, she gave a powerful performance which was comedy and family drama.

Endorsements: Manjiri’s greatest strength as an actress is her pretty and expressive face. Though she has immense grace and beauty, she has got talent too. Manjiri endorsed Onida televion since 2009 and later became the face of iball pen drives.

Family: Manjiri was an alien in Bollywood. Coming from an army background, she had little contacts in the industry. Today, she is a self made actress.