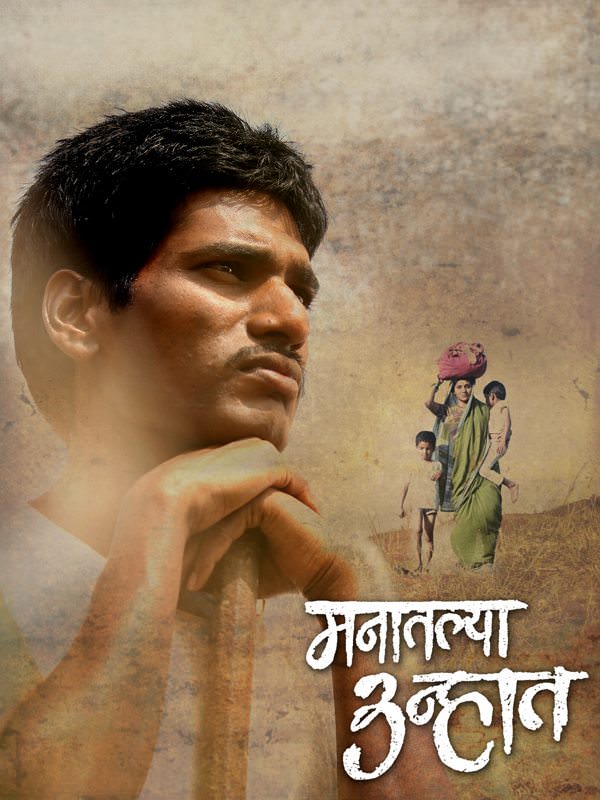 Manatlya Unhat is an upcoming Marathi movie that is related to parent-children issue. It is expected to be released soon throughout Maharashtra. This movie is said to star 3 well known and National Award Winners namely Mitali Jagtap, Kishor Kadam and Hansraj Jagtap, the child star. It is Pandurang Jadhav who has directed this movie, while the producers are Vijayshree Patil and AnandSagar Productions.

Kailash Waghmare who has earned reputation from the play ‘Shivaji underground in Bhimnagar Mohalla’ has been stated to be a part of the movie. The other casts tend to include Nagesh Bhosle, Sameer Dharmadhikari, Chhaya Kadam, Ruchita Jadhav and child actors Overshikha Patil and Manthan Patil. Screenplay has been done by Pandurang Jadhav and Vidyasagar Adhyapak, while dialogues has been written by the latter. Nagraj Divakar is the DOP and Nilesh Navnath Gawand is the editor. Lyrics have been composed by Vishwaraj Joshi, while music is given by Rahul Mishra. Adarsh Shinde along with Ranjana Jadhav Mane are the playback singers. Ashwin Shrinivasan has composed the background score.

Sanjay Patil, IAF officer has turned writer in this movie and has written the script. He is said to be a senior officer in the IAF and the scrip which he has penned deals with the travails of parents, making sacrifices for ensuring their children to avail proper upbringing with quality education. They also support immensely to help realize their dream.

According to Sanjay Patil, the IAF wing commander turned scripter writer, this movie has been inspired from his parents, who took the pain and sacrificed a lot for his education and upbringing. He also stated that everyone does have specific dreams and people do strive hard for turning their dreams into a grand reality. To accomplish this dream, parents support is a must, who are known to work hard for making sure that their child derive the very best education hat has become quite expensive these days.