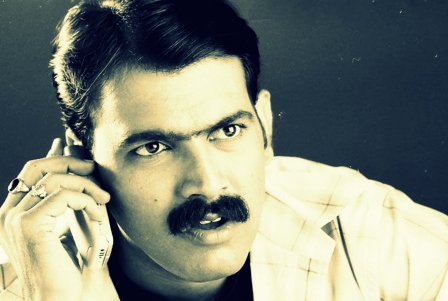 Makrand Anaspure is all set to take an image change. The actor who is known for creating laugh riots in theaters will be seen in an intense role very soon. Rangaa Patanga, directed by Prasad Namjoshi has Makrand playing a serious role in it. Makrand plays the character of a farmer named Jumman. The film was recently short listed to be screened in the Mumbai film festival and even before its release is has been highly appreciated. The actor‘s performance is also reportedly par excellence and is sure to win many hearts among the audience.

Makrand was extremely happy to get rave reviews for his role and stated that he is looking forward for the film’s release in theatre to see how the common audience takes the film.

Being one of the most talented actors in Marathi cinema, Makrand has never let his audience down with his performance. He has been noted to be equally adept in comedy as he is in serious roles. Though he has played serious roles in few Marathi and Hindi films, he rates “ Rangaa Patanga “ on a higher scale and says that it is a special film. His character is a farmer who belongs to a draught hit area and suffers from hardships. According to him this was the most exciting and challenging role in his career.

Previous What Spiced up Marathi Films Lately?
Next Supriya Pilgaonkar