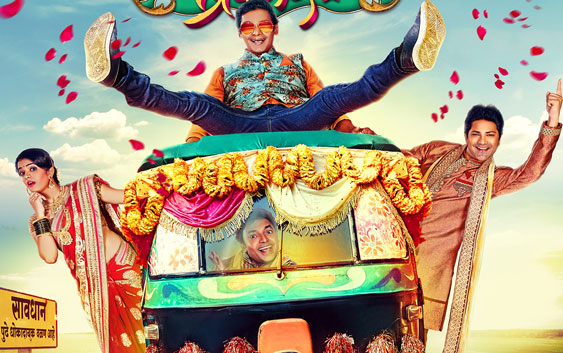 For the M Town audience, there was only one movie to release, which came in the form of Majhya Baykocha priyakar first day box office. The film was of drama and romance genre but considering the mixed reviews, the film failed to garner a decent word of mouth buzz for it and thus had hampered the film at the box office in a big way. Now, let’s see how things have gone ahead with the film. Majhya baikocha priyakar opened up with an occupancy of around 12-15 percent in most of the cinema theatres in Mumbai and other parts of the state. With passing time, it went on to escalate yet wasn’t that impressive since it only reached to 30 to 40 percent.

So, with such a meager occupancy rate, the collection at the end of the day only reached to a collection of a meager figure. As per reports, the first day box office collection for Majhya Baykoccha priyakar reached to around 56 lakhs only, which is a below average figure for this film. The experts are expecting some minimal amount of surge in the coming days particularly during the first weekend of the collection. As per reports, and the current buzz, the film is not going to do well and it will remain the same low in the coming week days as well.

With the current situation, the film only scored an average collection and in the first weekend it is expected to collect the maximum of around 2 crore at the box office. With the weekdays you cannot expect much except the fact that the film would only collect 25- 30 lakhs on an average on a daily basis and the total figure of box office collection for the first week will not go beyond 3 crore. As per reports, the first week would remain the same and would continue with the same pace in the coming week as well. This is primarily because the makers failed to promote the film to create the buzz rather than leaving usual things like poster or trailer release.