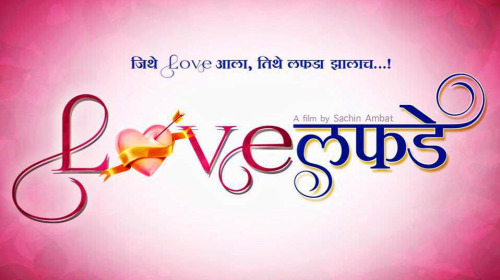 The film Love Lafde is a romantic comedy directed by Sachin R Ambat. It is produced by Geeta Kulkarni and Sumaydh Gaikwad under the banner of Salag Motion Pictures and Sacred Buddha Creations. The film has a slew of actor, which include Sumaydh Gaikwad, Rohit Phalke, Monika Dabade and Ruchira Jadhav in the lead roles, while Avdhoot Wadkar, Sameer Chougule, Nayan Jadhav, Sanjay More, Kalpesh Satpute, Kuna Shinde, Roshni Jadhav and Rahul GorakhNewale in the supporting roles. The film has the music by Pravin Kuwar and Anay Naik and story is penned by Sanjay More. The release date of the film is still to be announced, however, it is coming in the promotion mode.

The film happens to be a powerhouse purveyor of rom-com, which seems to be revolving around a love story. LL seems to have found a way of tugging at your heartstrings and thus have you rolling over the floor with loads of humor in it with great drama unfolding in it. So it will be a complete fun ride for the audience who plan to catch up the film. This is what the filmmaker’s claim, while its songs have been launched in the recent past including the romantic number called TuPari, which comes from the melodious voice of Avadhoot Gupte having the music from Anay Naik.