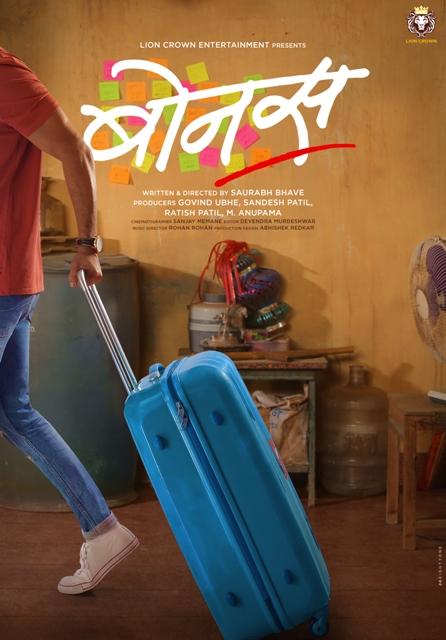 Earlier this year Salman Khan gave clap for Lion Crown Entertainment produced Marathi movie ‘Bonus’ and since then excitement was rising among movie goers regarding the film. Movie has launched its first teaser poster on social media and now the poster is creating even more eagerness among people.

‘Bonus’ has a gripping story about understanding humanity, a story of survival and coming of age with bit of a humor in it which totally takes us on a joyride. Whereas the poster has shown a man supposedly Gashmeer Mahajani is wheeling a bag out of a small congested room and there is not much we can gather from and it’s surely giving us hard time thinking and guessing about story of the film.

Bonus is directed and written by Saurabh Bhave under the banner of Lion Crown Entertainment led by Govind Ubhe, Ratish Patil, Sandesh Patil and M.Anupama.

So this year’s ‘Bonus’ is coming your way soon!

Cycle Movie Trailer : It come along with Simple Storytelling