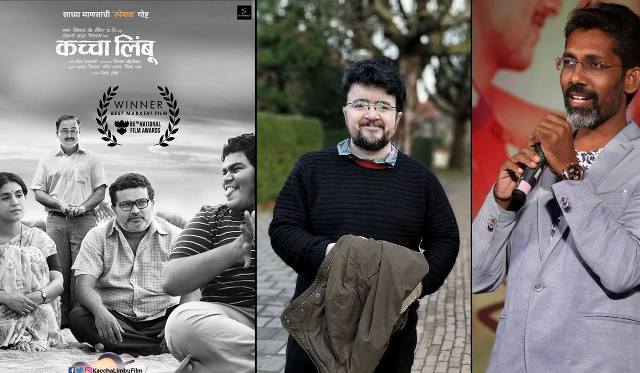 Gone are the days when Marathi cinema had little recognition at bigger platforms like National Awards for film in India and other places. The fact of the matter is over the years the M Town has always made it’s presence felt over the National film awards. The previous year was have seen the M Town getting several big prizes and awards from the best director and the best film as well. Unlike the previous years, this year (2018) though the M Town could have won a few awards but still has managed to make its presence felt in the town.

The director of Kaccha Limbu called Prasad Oak was seen bagging the big award as the best Marathi movie. Ravi Jadhav was seen expressing his happiness on the social media informed about the news. While sharing the news he also said that his film was ignored in the state awards. Now talking about the other awards in M Town, Nagraj Manjule the Sairat fame director oo has bagged another award at the National Film Awards and this time he bagged it for his short film known as the ‘Mhorkya’, along with the director of ‘Mhorkya’ Yashraj Karhade who was seen getting the special mention for his direction at the National awards.

Now talking about the other awards, these include the Best Editing award which was also seen getting to a Marathi film known as ‘Mrutyubhog’. Similarly the Best Non-feature Short Film award was seen going to the movie known as ‘Mayat’, which was carried out by Suyash Shinde and the Best Promotional Film was seen going to ‘Chanderimama’ by Rajendra Jangle. We at our portal’s and our readers’ behalf congratulate all the winners and hope that the other films made in M Town too gets the recognition every passing year and the audience too remain the savor for these films in the theatres. So, what do you say about it, do comment on the same and let us know about the same.