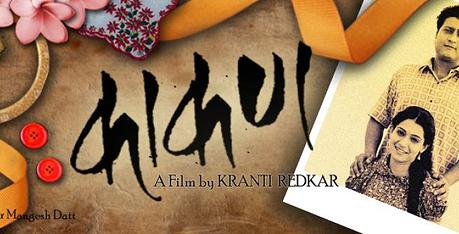 The stage is all set to witness the grand release of the much awaited Marathi movie Kaakan – A Film by Kranti Redkar. The fans of the this Marathi matinee idol are enthusiastic to see the directorial debut of the actress and are optimist that in her latest role she shall be equally dragging the sight of the critic and the general people alike, on her, just the way she had been doing when casted in front of the camera. Further, this film shall also account for the writing skill of the actress as the movie happens to based on of her story.

The genre of the movie happens to be of a love story category and the plot revolves around a periodic love story of the 1970’s. The casting of the film had been studded with popular faces like Jitendra Joshi, Urmila Kanetkar-Kothare, Ashutosh Gaikwad, Ashok Shinde, Madhavi Juvekar and others. We shall see jitendra and urmila in the respective leads on whom the debutant director banks a lot. As spoken to her, these were the only two faces she could imagine during the time the screenplay of the movie was being put on papers and thus their cast was obvious. Speaking about the way the film sets in and fades out, the director said that it shall provide mental feeds to the class of the audience who searches for a massage along with entertainment and kranti is optimist that the every class of audience shall be able to relate the film with them.

The music for this film had been composed by Ajay Singha on the lyrics of Omkar Mangesh Dutt and the director herself.

Sachin shinde, the producer of the film, seems to be equally optimist of the spells that he comprehends this film would create upon the audience.