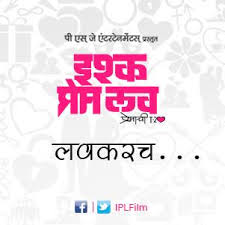 In the coming times you can soon find a Marathi Movie called Ishq Prem Love, which is directed by Pavan Sadine and produced by Shekhar Jyoti under the banner called PSJ Entertainments. The film has a number of actors including Vaibhav Tatwawadi, Harshavardhan Rane, Sri Mukhi, Vishnu, Vithika Sheru, Usha Nadkarni, Ritu Varma, Arun kadam, Abhijit Chavan and Kishor kadam. The lyrics for the film are jotted down by Jitu Mhatre, and the film falls under the Fast Track Love genre. The film is all about portraying a unique and exciting kind of storyline of a couple of young actors in the lead role, which soon becomes a quirky human drama moving around a number of love stories without any intersection.

At one point, all the lead male actors are seen coming in the same frame with different life changing experiences offering a tangible message regarding the difference they find in true love and the priorities of life. The movie is all about a modern age romantic quirky film, which is at the same time high end entertainer having various blends of emotional commercial factors that help in wooing a number of classes. It comes along with a unique story and screenplay with incredible performance and heart touching sequences and good though comedy scenes for your laughter ride that is going to impress all the audience.