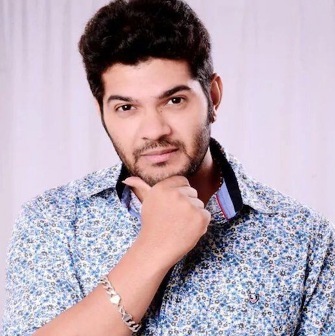 Hardeek Joshi is a Marathi TV serial actor based in Mumbai. He plays the lead role in the serial Tujhyat Jeev Rangla which is going on air in the month of October on Zee Marathi.  The actor has previously acted in Marathi film, Ranga Patanga in 2016.

With the height 5 feet 10 inches, Hardik always suited best for therole of a wrestler. In Tujhyat Jeev Rangla, Hardeek is playing the role of a wrestler who is love with a girl. He has set his aims high of winning competitions and succeeding as a wrestler. His focus on his ambition does not wave even as he falls in love. But wait, he does not express it to the girl. Hardik’s character is a soft hearted wrestler. Yes, although the physical appearance is strong and stout, the wrestler Rana has a soft heart. He is an ardent devotee of Lord Hanuman.

Tujhyat Jeev Rangala is replacing the long running Nanda Saukhyabhaure in the same slot. The promos of the serial show Hardik’s character Rana sneak peeking at his lady love. The promos are already creating excitement among the audience.

Hardik’s love interest is played by the sweet and bubbly Akshya Deodhar. Tujhyat Jeev Rangala is set in the rural background of Kolhapur.

Hardeek Joshi is not new to Marathi Television. After completing his education from GN Khalsa College in Mumbai he stepped into acting in Marathi industry. In the Star Pravah serial, Swapnachya Palikadle, Hardik appeared in a small role. The serial was on air since 2012 to 2014 on Star Pravah.

In 2016, Hardik appeared in Marathi film, Ranga Patanga which starred comedy king Makarand Anaspure in the lead. It was a multi starrer with Makrand Anaspur, Sandeep, PAthak, Nandita Dhuri, Gauri Konge, Bharat Ganehspure,Suhas Palshikar, Abhay Mahajan and  Hardik Joshi. The story deals with a farmer named Jumman who loses his bullocks and sets out to find them. People from all backgrounds in the village, from Politicians to Police inspectors get involved in the search. The movie was selected for MAMI under the category of India Gold 2016 competition. Hardik played the role of a police inspector Pathak in the movie.