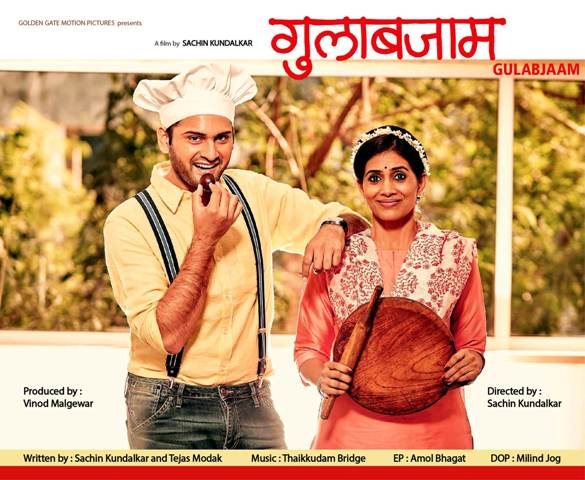 We know Sachin Kundalkar to be a competent filmmaker among the M Town who all are known for giving the best film. One such movies include the Gulabjaam. So, ever since the film was announced, it had some amount of buzz for its interesting star cast and when the trailer finally hit the social media, the hype went on to increase to some extent. Hence with these fuss about the film, it managed to get a decent ratings but these failed to come in big numbers when it comes to the occupancy report. Well, the film had an okay figure over the box office, let’s check how?

The film talks about the basic struggle for survival and has stories that is deeply rooted as well. With this buzz in the media the film had a collection of around 1.8 crore. Thus with the passage of time, the film garnered with some amount of word of mouth buzz in the media that escalated the collection on the first weekend to some extent. Hence as per reports, the first weekend box office collection netted to around 5.23 crore, which is actually a decent figure for sure. However, during the weekdays the film failed to garner much collection in the media.

The film Gulabjaam is all about following your dreams and check for the things you had for yourself. This can be called as the best movie in terms of performance and story that somewhere managed to get only the mixed review. The film has a decent climax that has the story of a nicely fried Gulabjaam. Well, let’s see how things would move in the coming days particularly the first weekend of the film. Do you have anything to say about the collection of the M Town film, do let us know by commenting on the same.