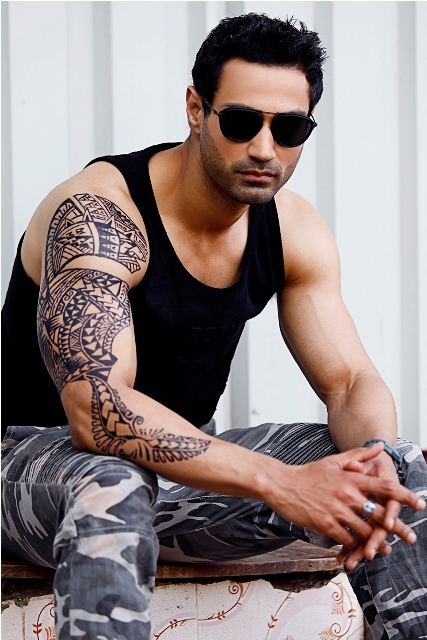 With his increasing popularity in the modelling circuit, Karan Oberoi, has been labelled a Super model. Born and brought up in Delhi, He holds an MBA degree from one of the top schools in Delhi.

Style to kill for and a body carved out for perfection, Karan is looking to make a mark in the Indian film Industry. He has been ranked amongst the most stylish and hottest men in India by Filmfare and Hindustan Times.

Karan has a great portfolio of ramp walks, print campaigns and even TV commercials, with an experience of over 7-8 years in the field of modelling. In a short span, Karan has managed to get a great fan following on social media platforms as an emerging youth icon.

Even though he had films offered to him  but he wanted to perfect the craft.  As told to Priyanka Raina“I want people to see my for my acting and not just my looks. With such a stiff competition, I have to be good in every department to make people like me, so under the guidance of Mr. Anupam Kher at Actor Prepares, I have made every effort to learnt the skill set of acting. I am also learning combat skills from a renowned Thai Fighter.”

Well ! He is working hard with his team to create a series of short films to be featured on YouTube, showcasing his talents as an actor.

The news is that his movie might be on the floor by the end of 2018.
We wish him luck and cannot wait to see him on the Silver screen!!

Apla Manus Movie Review : A Stuffy morality story that unfortunately was reduced to a crime thriller