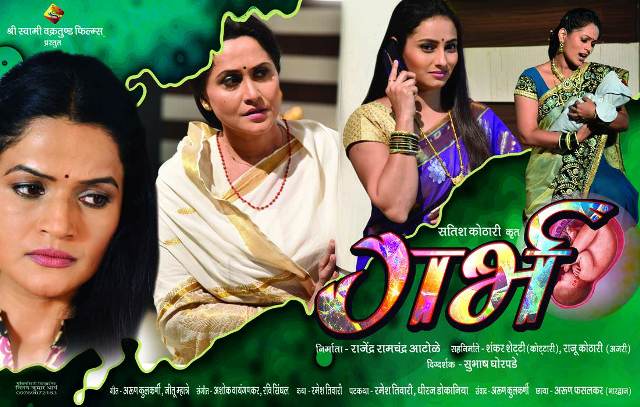 Garbh is an upcoming Marathi Movie dealing with the subject of motherhood and the atrocities women has to face in the present times. When morals go lose, it is the women who has to suffer the most in their lives at the hands of men. But when it comes to courage we have seen the toughest side of women in our generation who stand up to the wrong around them.

Garbh is all set to release this month and the trailers are out. It has some scintillating songs and near perfect acting performances that is expected to touch the hearts of the Marathi audience. The makers have made the film keeping in mind the mature audience.

Garbh will be releasing in April. It has Sushant Shelar, Siya Patil, Nishigandha Wad, Anant Jog, YatinKaryekar, VandanaWaknis, Pallavi Vaidya in the lead roles. The film has been produced by RajendraAatole and has been directed by SubhashGhorpade. The story has been written by Ramesh Tiwari and Arun Kulkarni has penned down the lyrics of the songs composed by Ashok Vayankar and Ravi Singhal.

Garbh is getting noticed for it’s women centric themes and the title which provokes much curiosity. SiyaPatil and SushantShelar will be essaying the lead roles in the movie.