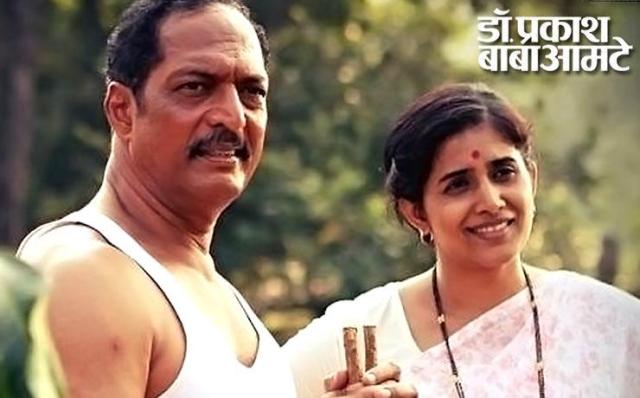 Dr. Prakash Baba Amte, though these words or name may sound something odd or some of you might be un aware of his name, but as far as the Marathi movie lovers are concerned. The movie Dr. Prakash Baba Amte – A man who was a legend by his own work and devotion to the wild life especially the animals, whereas talking about the movie then no doubt before the movie was under construction there were huge amount of controversies rolling out amongst the media platforms, about the movie, the success, casting roles etc. but in the end what exactly made the audience impressed was the actions, styles and the way of presenting each n every act by the casting crew members leading Nana Patekar, and Sonali Kulkarni. However the makers of the movie were actually able to touch the hearts of the fans as per the overall Box office collection reports. Let’s have an overview of it eventually.

Starting with the response of the movie, despite by the fact that the movie was a biopic of Dr. Prakash Baba Amte and his real life and which had actually created an eagerness to watch the movie and thus this response actually reflected the first day box office collection as well with 2 Crores on the first day, and moreover the response continued till the end of week as well with 7 Crores on its second day. However, if we talk about the overall collection of the movie then some of you might get a shock as well, as if the collection seems to spark the box office with 12 Crores.