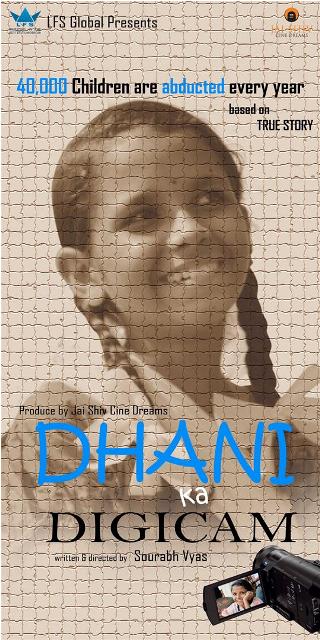 The World of movies is often known to enjoy the reputation for having happy endings along with stuff like dance and songs, however, at the same time it carries the darker side as well. The Sourabh Vyas’ Marathi movie called “Dhani Ka Digicam (produced by Dr. Jaishree Manchanda) comes out to be an appalling eye-opener for the audience, which simply cleans up the noises regarding about darker side of world. This movie for sure knows its job. Dhani Ka Digicam is known to have a unique kind of script and story, which is barely heard or seen anywhere, which gives enough reason to watch it. The character of Dhani is a deaf and dumb girl in the movie aged 13 years who is bought, sold and then introduced in the bad world of civilization. It is among the first ever film in India to have a character representing a handy cam in it. The camera is itself is a character in the movie, which could be seen through the eyes of handy cam.

As per the director, Sourabh Vyas the movie works on true incidences, which is why they felt like making a movie based on a realistic approach. The characters shown in the movie are very much real, which could give a feeling of documentary to many. However, at the same time you can have the entertainment value in it.

The movie Dhani Ka Digicam is a story of a real life of a 13-year-old-girl old virgin girl from a village in India who is sold over the highway, then pushed for the prostitution and later get rescued from it. In India, you can find the girls to be burden, which compels people in the villages to sell out their daughters for some money. Dhani Ka Digicam movie simply deals with the emotions and perspective of a girl who gets trapped into the menace of human trafficking.