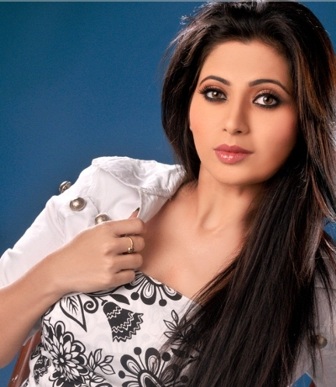 Deepali Sayyad is a Marathi actress who hails from Bihar. She comes from a Hindu family and was born on 1st April 1978. She did her schooling followed by her graduation from CVR College of Engineering from Nalanda University. This followed a course in Fine Arts, however, she often dreamt of becoming an actress, which made her to head to Mumbai to make her career in the acting world. With brief struggle, she got the chance to do something in the TV serial in the year 2006. Some of her TV serials including two Marathi TV serials like Bandini, Durva and on Hindi serial called Afltaoon.

She soon got the chance to enter the silver screen with the film called Karaya lage lo Ek in the year 2007, while she soon got another called Saasu Nambari Jawai Das Nambari the next year and since it was no looking back for her. Some of her movies include Mumbaicha Dabewala, Master Eke Master, Lagnachi Varaat Londonchya Gharaat, Kalshekar Aahe Ka?Houn Jau De!, Mastar Eke Mastar, Ladigodi, LaadiGodi, DurgaMhantyat Mala, Kay Karu N KasaKaru, Uchala Re Uchala and Mala EkChanasHava to name a few. Some of her recent films include Welcome To Jungle, Majhya Navaryachi Bayko, He Milan Saubhagyache and Dholkichya Talawar

Talking about her personal life, she got married to a B Town director called Bobby Khan in 2008 and after her marriage he turned Sofia Jahangir Sayyad, however, she was known more as Deepali Sayyad after getting wed blocked with the director. She also contested electing in 2014 General Elections from Ahmadnagar Constituency. She is based in Mumbai and lives with her husband in Lokhandwala in Andheri and the couole has a cute daughter.