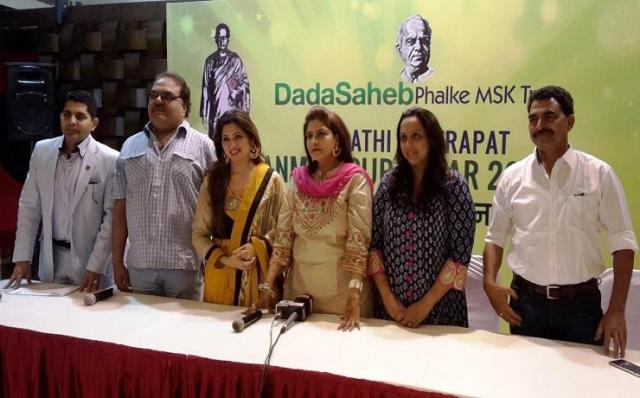 With the Dec 2015 Dadasaheb Phalke Awards this prestigious awards for Marathi stars have turned three. Recently, the award function was seen functioning amidst the presence of loads of Marathi stars who were glittering the passed Tuesday evening. A number of special guests were present in this award function including the cultural minister of Maharashtra state – Mr. Vinod Tawde & Kiran Shantaram.   Now, let’s catch the glimpse of the winners in this prestigious award as under:

The other Marathi stars that bagged for different categories include Usha Naik, Makarand Anaspure, Samruddhi Porey, Varsha Usgaonkar, Aroh Velankar, Ajay Gogavle, Suingers Janhavi Prabhu Arora, Guru Thakur, etc. A slew of dignitaries including the cultural ministers and other people from the political arena and other places were present in the event.