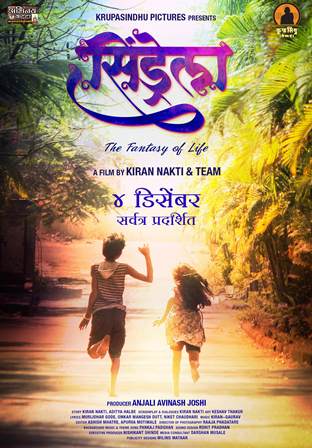 There is no dearth of Marathi movies releasing these days. Gone are the days when Marathi Cinema has limited movies hitting the theaters. In a list of few Marathi movies releasing this year, Cinderella, which is an emotional drama directed by Kiran Nakti produced under the banner of Krupasindhu Pictures. The film has Rupesh Bane & Yashaswi Vengurlekar in the lead roles, while Mangesh Desai, Vineet Bhonde, Yakub Sayed, Janardan Parab in the lead roles.

Talking about the plot of the film, it revolves around the life of two orphan kids coming from the slum area in Mumbai. A little girl in the slum has the fantasy of Cinderella. The film explores the selfless love of the siblings and you thus find the film to be a blend of reality and fantasy talking about the struggle and happiness. The film gives a strong social message that begging in front of people for some pieces of bread, one must work hard to get education and get the transformation. The music of the film is given by Kiran Gaurav, while the lyrics is jotted down by Murlidhar Gode and others. The film will be released on 4th December 2015.