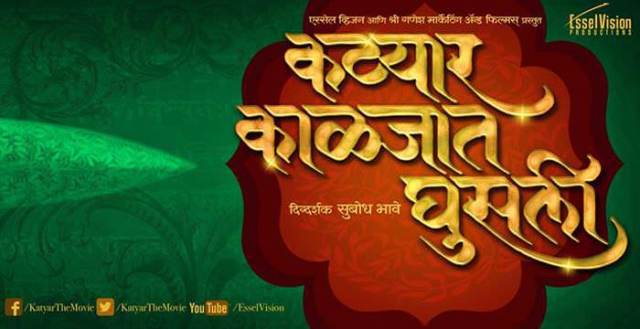 Katyaar Kaljat Ghulsi is one of the popular Marathi musical plays found in Central India since a decade which was produced by a Pune based artist. Now, you have the film based on this beautiful musical play. It is a blend of music and theatre, which once converted into a motion picture has finally reached out to the prestigious IFFI (International Film Festival Of India) in 2015, which is starting up this month end. The film is produced by the Zee Studio, while it is directed by a Pune based actor called Subodh Bhave.  The film is releasing this 12th November.

The playback singing is carried out by Sachin Pilgaonkar and Shankar Mahadevan , while the characters are being played by actors like Amruta Khanvilkar, Pushkar Shrotri, Mrunmayee Deshpande, Bhave and Sakshi Tanwar. The film has already collected loads of applauds all across the country and has been screened at various places. The film revolves around a musical competition. The look and feel of the movie is really grand and appealing. It is interesting to see how a debutant director who is a music artist made all the difference in making a film that finally reached to IFFI.