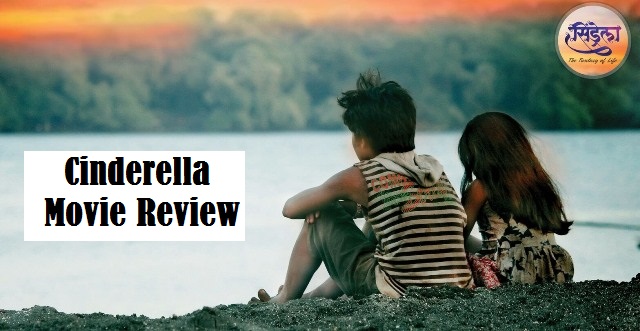 Cinderella is one of the Marathi films this Friday, which is directed by Kiran Nakti and produced by the banner of Krupasindhu Pictures. The film has Rupesh Bane, Mangesh Desai, Yashashwi Wengurlekar, Yakub Sayed, Vineet Bhonde and Janardan Parab in the lead and supporting roles. The film is an emotional drama revolving around two siblings (brother and sister) and their hardship while they lead their lives in the city of Mumbai. Considering the touchy story and good performances by the child artists, the film has loads to offer to the audience, which made it enter into a couple of international film festivals in the US and other nations. Now, let us peep inside to get the crux of the story in the following paragraphs:

The film resolves around two orphan siblings –brother and sister who live in Mumbai slum. Cinderella is basically a fantasy girl, which we have been hearing from our childhood. In this film, you have Askya played by Rupesh and Rani the little girl Yashwaswi. The young girl lives in her fantasy and wants a Cinderella doll, which is not afforded by the two. Her brother works hard to get the same for her doing odd jobs like selling books, picking up rags and plastic bottles, however, each work bring out a new challenge making things bad to worse for him. But he never gives up and moves ahead to do the needful.

The film explores the selfless love and care of the siblings for each other wherein the story soon becomes an oddly satisfying blend of reality and fantasy along with happiness and struggle. Rather than begging in front of the people of Mumbai for their sustenance, the two kids work hard by picking rags and work hard to educated themselves in order to get the transformation, which education and diligence can bring in. It’s a challenge for director to make kids act, nevertheless, it makes not much difference if one of the lead stars of the film (kids) fail to act after all they are child artists. The film still cannot be brought away the scanner of critics; it has to meet the lenses of the reviewers to get the flaws from the same. You can find the film overloaded with loads of characters, which you can expect in any other Marathi movie finding the characters from slums. Unlike a majority of the films, you can find the mandatory dance and song sequences serving no purpose at all. Most of the scenes’ staging sound to be bad with high background volume.

The director of the film is known for holding a regular activity called Abhinay Katta and is also popular for grooming good actors. This is really witnessed from the stars he cast. Though thereare several known faces in the film, but the two lead child actors who are seen stealing the show with their decent acting especially the by Rupesh. In terms of production, the film is really very much sound, however, has also a couple loose ends, which are found in the form of repetitions. The audience is seen getting bombarded with the obsession of the girl for doll and at times this become too unwanted element as people catching up the film understands the same. Talking about the other elements like editing, screenplay and photography, the film is at part on these aspects thereby increasing the entertainment value of the film.